Posted on July 20, 2012 by mooneystudiodiary

In May 2011, The British Council asked me to be a consultant for the Fashion Road project which brought together fashion designers from five European Countries to collaborate with five young Armenian designers. The end product was to be a travelling fashion exhibition which is currently half way through it’s tour.

I was invited to Armenia for the launch, to give a lecture on Fashion Forecasting and to look at the rich culture of this fascinating country. 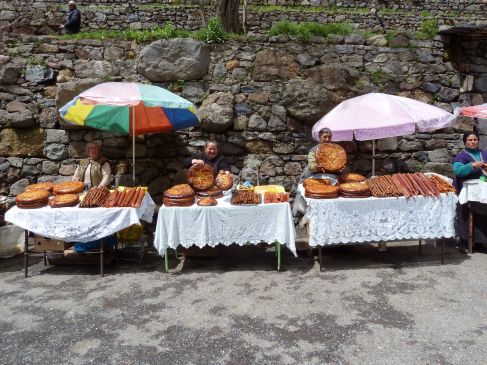 Bread Sellers at Garni Temple, May 2011 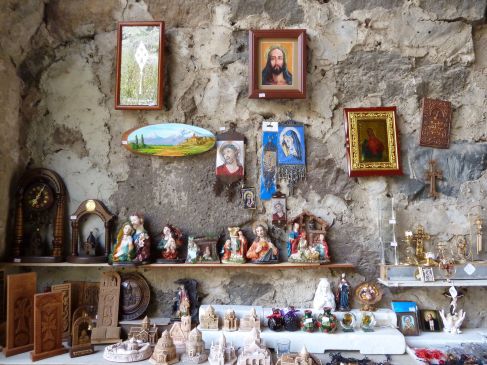 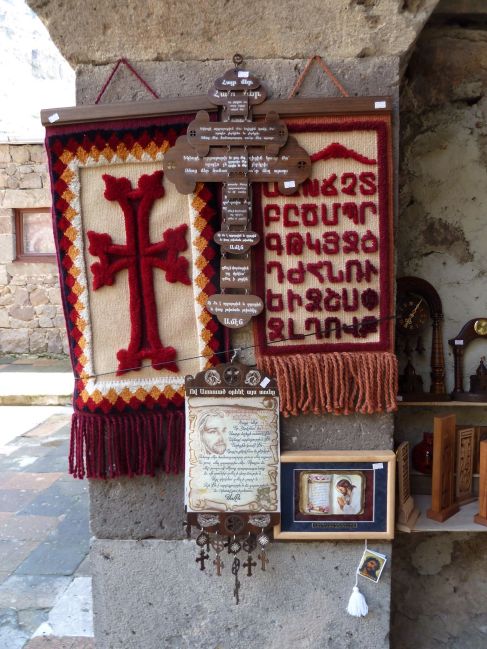 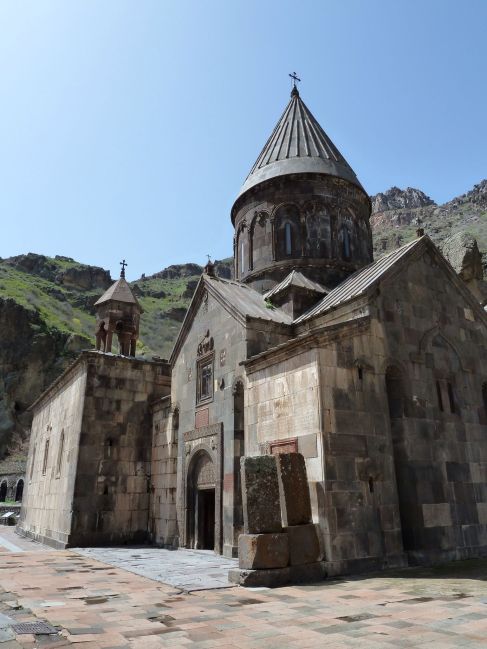 The Monastery or Garni Temple. Part building part hewn and carved out of the mountainside. It is quite astonishing and in an incredibly interesting setting.

This is all carved out of the mountain. The acoustics are beautiful and apparently musicians come here to make  recordings as the sound is special and quite eerie. 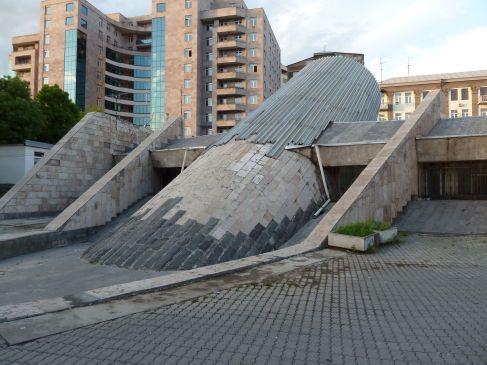 The ventilation for the underground looks like cold war rocket launchers…

Lots of public art in Yerevan and it’s better than most in London. ( I am thinking of the hideous ‘statue’ by City Airport, a travesty if it wasn’t so laughable).

The hotel in Yerevan was a bit grim, very 70’s and not in a hip way. When I opened the curtains in the morning I saw this huge mountain. I had to google it to see what it was called. Mount Ararat. The biblical mountain I thought was a figment of imagination. It is quite breath-taking even though it is in Turkey and many miles away from Yerevan. This is where they supposedly found Noah’s Arc….. 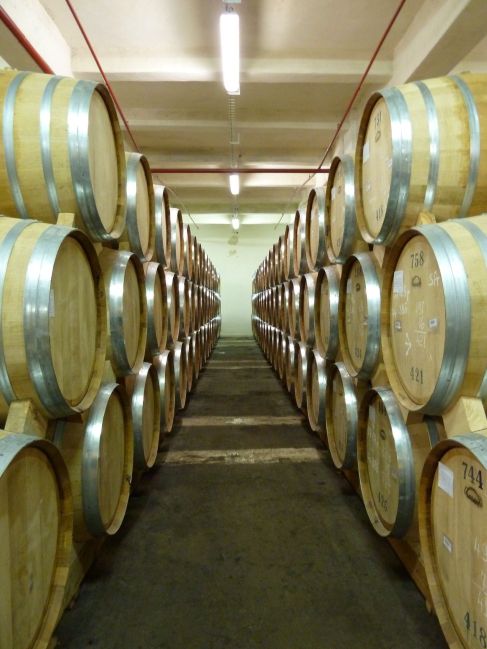 Armenia, is famous for it’s cognac, I didn’t know this. The brand is called Ararat, naturally. A guided tour followed by a tasting. 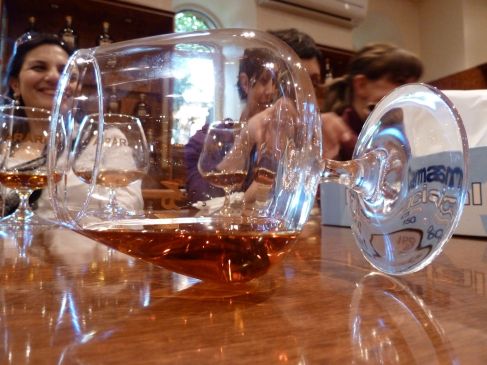 Four massive glasses later we were put back on a bus to the hotel!

Armenian State Art Gallery. The lecture theatre where I was presenting was at the top of this enormous ziggurat. It has a very impressive collection of glass. And no wifi which is a bit devastating when you are giving an interactive lecture.

There is a wealth of inspiration in Armenia, everywhere I looked something captured my attention. 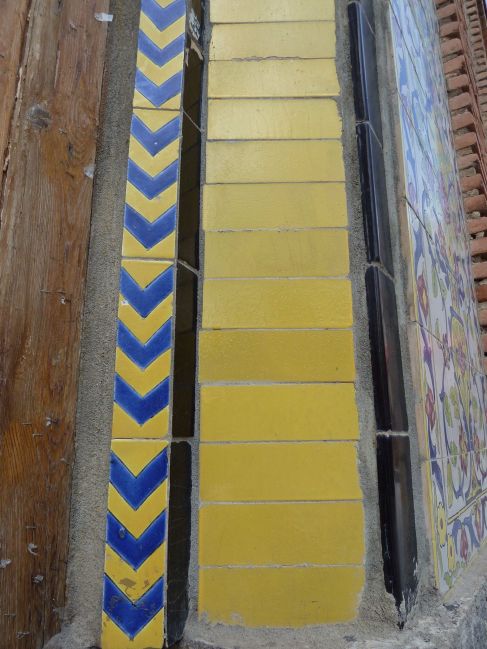 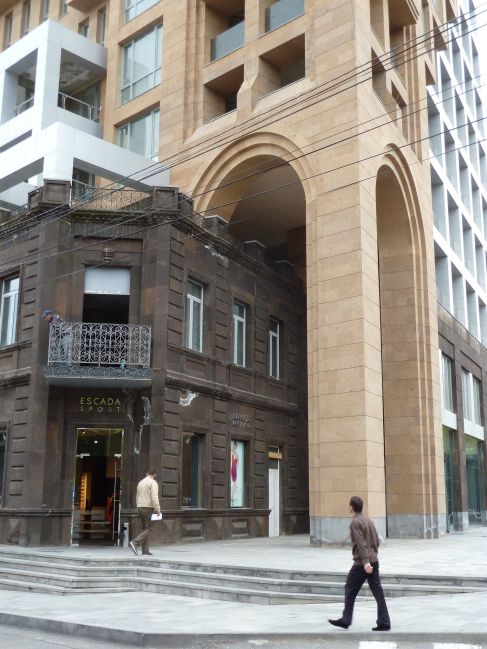 Strangely similar to the junction boxes of Tokyo. 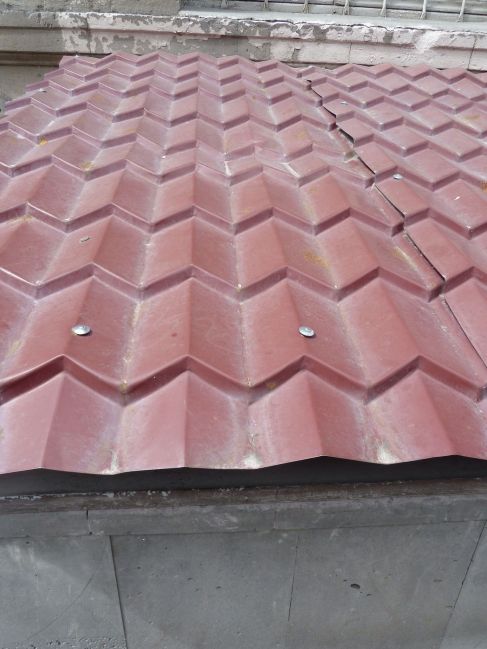 The most interesting part of this trip was to the Sergei Paradjanov museum in Yerevan. I had seen one of his films, ‘The Colour Of Pomegranates’, 1968. 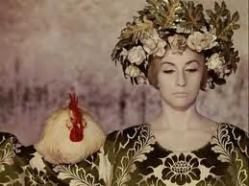 His sculptural work however was a surprise to me as it bore a resemblance to my miniature works. 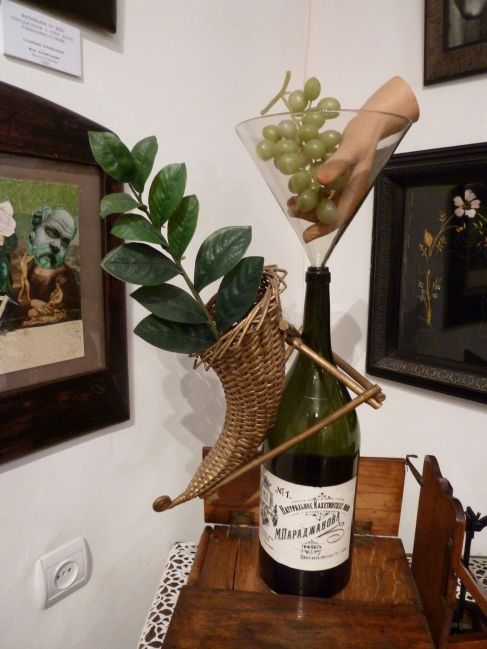 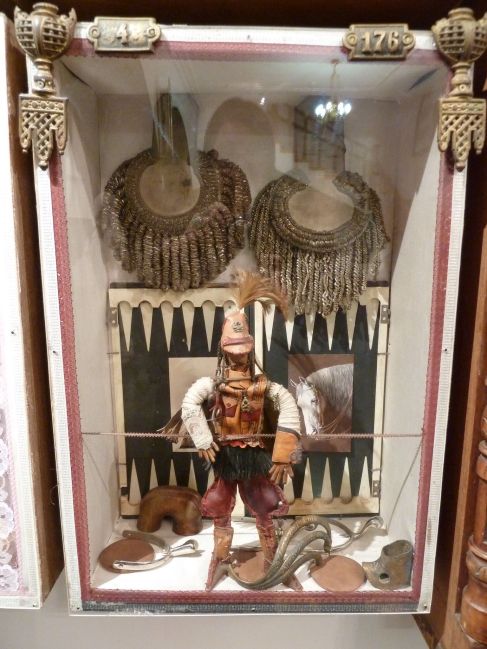 These were made when he was imprisoned by the Soviet government. 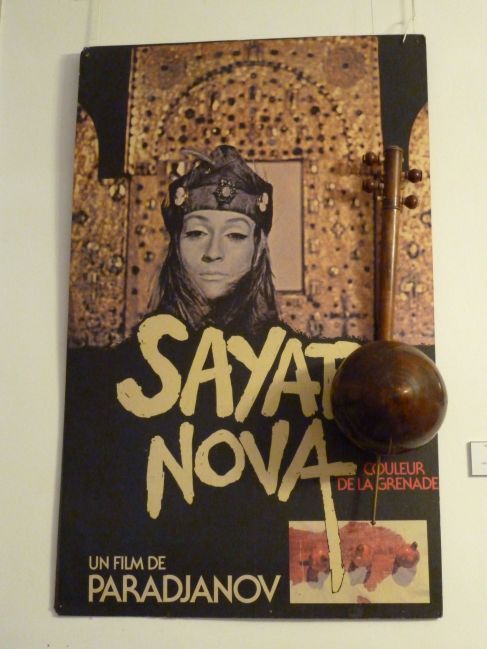 His films contain beautifully crafted surreal vignettes of music dancing and storytelling. The costumes and makeup are incredible and designed by the director himself.

This entry was posted in Uncategorized. Bookmark the permalink.